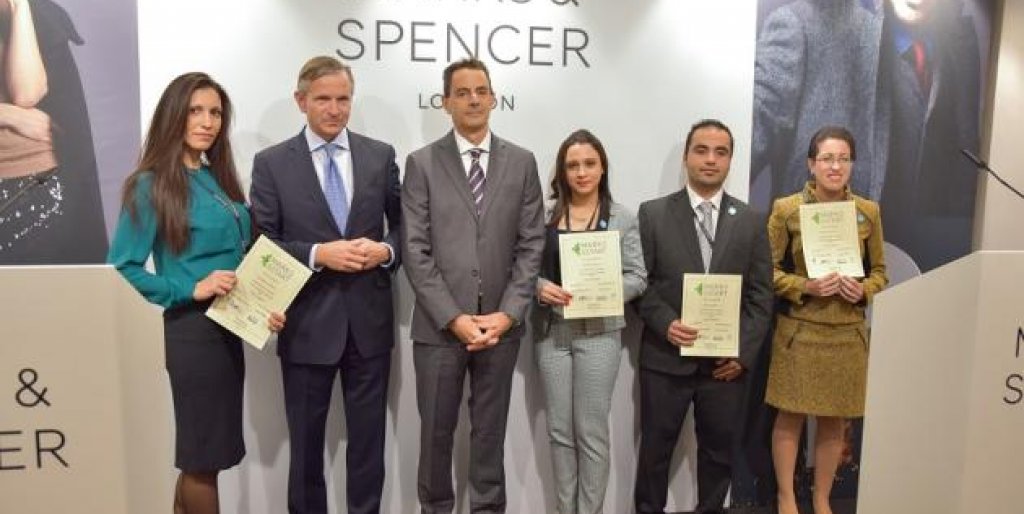 Marks & Spencer (M&S) on Friday celebrated the launch of Get Into RetailTM: Marks & Start in Malta - a programme designed to help the young unemployed including those with disabilities and health conditions, lone parents and those tackling homelessness to gain vital employability skills.

At its flagship store in Valletta, Marks & Spencer Chief Executive, Marc Bolland hosted a celebration event where he met a group of four unemployed young people taking part in the Marks & Start programme. They were joined by Andrew Calascione, Managing Director of M&S's longstanding franchise partner Supermarkets 1960, Alan Kennedy, Chief Executive at Prince's Trust International, and Winston Zahra, Chief Executive at The President's Trust Malta and Phillip Rizzo, Chief Executive at The Employment and Training Corporation who are running the programme in partnership with M&S.

The event was held at the retailer's recently modernised M&S Café where guests heard from the young people and their M&S buddies and coaches about the skills and confidence they had learnt on the course. They were then presented with certificates by Marc Bolland, following which Andrew Calascione announced all four candidates have been offered jobs within M&S in Malta.

Marc Bolland, Chief Executive of M&S, commented: "We're delighted with the development of the Prince's Trust International and to extend Marks & Start to our first international franchise market. We also work with The President's Trust Malta, the Employment and Training Corporation and our franchise partner Supermarkets 1960. Through Marks & Start, we want to give young unemployed people in Malta the opportunity that can be the turning point they need to change their lives for the better. In the UK and in our international markets where we already operate Marks & Start, we've seen how the scheme motivates and engages our employees, creates new development opportunities and builds a real sense of pride within our teams."

Speaking at the event, Andrew Calascione, Managing Director of the M&S Franchise in Malta, said that he had followed the young people's progress throughout the program and was impressed at the positive results achieved in such a short period of time. He augured that the success of this pilot program would encourage other local businesses to launch similar programs in the future.

Following the event, Marc Bolland, Andrew Calascione, Alan Kennedy and Winston Zahra and the young people went on to attend the Prince's Trust International launch reception at the Grandmaster's Palace in Valletta as guests of Marie-Louise Coleiro Preca, President of Malta and in the presence of The Prince of Wales.

Since M&S launched Marks & Start in the UK in 2004, the scheme has helped over 13,000 individuals gain skills and confidence to find work in the retail sector. Participants undertake employability skills training and on-the-job experience and also receive a dedicated career coach.

M&S also operates the scheme internationally, including the introduction of Marks & Start with some of its clothing suppliers in Bangladesh, India and Sri Lanka in 2007, and was extended across its owned international stores in France, Greece and Poland. Malta is M&S's first international franchise market to run its employability scheme.

This event was organised by Malta Uncut.