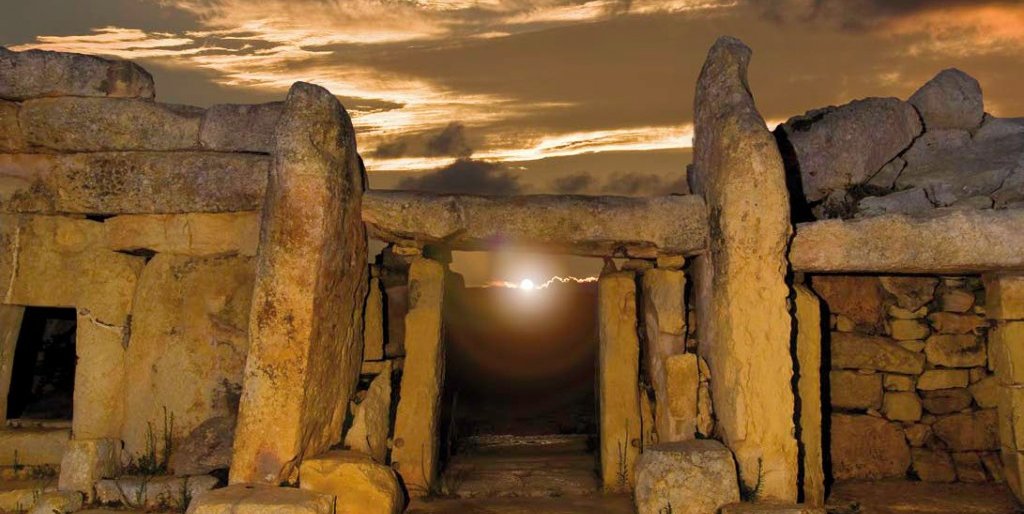 Season of Mist and Mellow Fruitfulness

It was Autumn of course that John Keats was referring to, the start of which is an extraordinarily remarkable event in Malta if you are at Hagar Qim temples. The Autumnal Equinox at the prehistoric temples of Hagar Qim is a truly phenomenal event in terms of astronomy, and must be experienced to understand the wonder that it is.

It happens between the 21 – 22 September and as the sun rises on this day, its first rays fill the central corridor of the south temple at Mnajdra, thus marking the start of the season. There seems to be no doubt that the orientation of temples was engineered in such a way so as to mark the change of seasons throughout the years, although experts still cannot say with certainty that this was the case.

Our prehistoric ancestors, who lived over 5000 years ago, observed the motion of the stars, the moon and the sun carefully as it was important for them for the planning of cultivation of their crops. They seem to have had a remarkable understanding of the cosmos despite having had rather limited resources, but were clearly in sync with the earth and nature, managing to produce an accurate (and spectacular) calendar.